- April 24, 2020
With Covid-19 in full effect, there are a ton of people that are having Disney withdrawal!  We moved to Florida almost two years ago just so that we wouldn't experience this feeling.  I love irony as much as anyone, but this is borderline cruel :)

While I do miss the rides and attactions, that's not the thing that I am really jonesing for.  I want some good food!!!  When we didn't live so close to Disney and wanted to get our theme park food fix, we would look for recipes.  My wife has pretty much perfected the cheese soup from Le Celier!  So I thought this would be a good time to add a recipe for another of our favorites.

I haven't been to Disneyland since 2013.  Even then, I didn't have a park ticket.  I ran through the parks for the Disneyland half marathon (which hasn't been held for a few years now).  But one of my all-time favorite Disney food items (note to self, I should put together a list of my top five faves) was the Chicken Chile Verde Cone from the Cozy Cone Motel in Cars Land at California Adventure.

Notice that I said that it "was" one of my all-time faves.  While looking for the recipe to post, I discovered that this item hasn't been on the menu since late 2017.  Huge bummer!

I did not find the actual recipe for the Cozy Cone Chicken Chile Verde cone.  Below are two recipes.  One for chicken chile verde and one for the cone.  Please try them out and let us know how you like it!

Start with frozen roll dough, preferably the Texas rolls.
Let them thaw, according to directions on the package, but do not let them rise.
While the rolls thaw, wrap some waffle ice cream cones in aluminum foil.
When rolls are thawed, roll them out into a long, snake-like shape.
Spray the foil-wrapped cones with cooking spray (this is important!).
Wrap the bread dough around the foil-wrapped cones, pinching the bottom of the dough to seal it.
Place cones onto a baking sheet, upside down.
Bake according to the directions on the rolls' package.

Once you have completed both recipes, fill up the cones with the Chicken Chile Verde, garnish with some cotija cheese, a sprig or two of cilantro, and serve!

Enjoy the dish and let us know how it went in the comments! 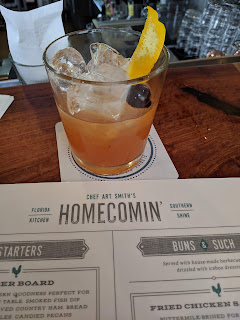